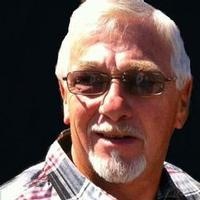 Rex A. Byrd, age 61 of Linn, passed away on Monday, October 10, 2016, at Capital Region Medical Center in Jefferson City.

Rex was a 1973 graduate of Cabool High School and later attended Linn State Technical College where he received a degree in automotive.

On June 29, 1985, he was united in marriage to Lynn Vocks at St. John’s United Methodist Church in Linn. She survives of the home.

Rex worked 23 years for QCM in Linn and later worked at Scholastic.

Rex was of the Methodist faith and enjoyed horseback riding, camping, fishing, hunting, spending time with his family especially his new grandson, Kyler.

In addition to his wife of 31 years, he is survived by: three daughters, Christine Byrd of Denver, CO, Elizabeth Berney and her husband Joshua of Linn, and Ashley Lovell and her husband Robbie of Jefferson City; his grandson, Kyler Berney; his father-in-law, Gene Vocks of Linn as well as brothers-in-law, sisters-in-law, nieces, nephews and many friends.

In addition to his parents he was preceded in death by an infant sister, Brenda Mae Byrd an infant brother and his mother-in-law Joan Vocks.

To order memorial trees or send flowers to the family in memory of Rex Allen Byrd, please visit our flower store.