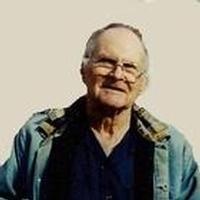 Richard was born March 10, 1924, in Jonesburg, a son to the late Richard William and Alice Arlene (Cheney) Cuno.

Richard served in the United States Army during World War II. Richard worked on the railroad with his brother-in-law, worked at the shoe factory in Fulton along with the brick plant in Mexico.

Richard enjoyed gardening, reading, puzzles, quilting with his daughter, fishing, listening to old time country music, and anything to do with World War II, especially the military channel. His greatest love was spending time with his family.

Funeral Services will be held at 11:30 a.m. on Wednesday, October 23, 2013, at Morton Chapel in Chamois with Raymond Iman officiating. Interment will follow in Ferguson Cemetery near Chamois with full military honors.

Expressions of sympathy may be made to the Charity of the Donor's Choice.

To order memorial trees or send flowers to the family in memory of Richard F. Cuno, please visit our flower store.