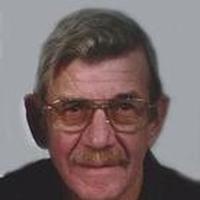 Richard was born June 18, 1946 in Jefferson City, a son of the late Vincent W. and Margaret L. (Kirsch) Muenks.

Richard was a 1964 graduate of Fatima High School.

On July 31, 1971, Richard was united in marriage to Angie J. Backes at Immaculate Conception Catholic Church in Loose Creek. She survives of the home.

Until his retirement, Richard worked as a Recreation Officer at the Jefferson City Correctional Center. After retiring, he worked part time at Herbert Backes Poultry in Loose Creek.

He was a member of Immaculate Conception Catholic Church, and a former member of the Loose Creek Community Club and Knights of Columbus. Richard served as a Little League coach, played softball, enjoyed horseshoe tournaments, hunting, fishing, and was a member of the Preference League at the Coop. He loved spending time with his family.

In addition to his parents, Richard was preceded in death by one son, Matthew Muenks, and one brother, Nicholas Muenks.

To order memorial trees or send flowers to the family in memory of Richard J. Muenks, please visit our flower store.