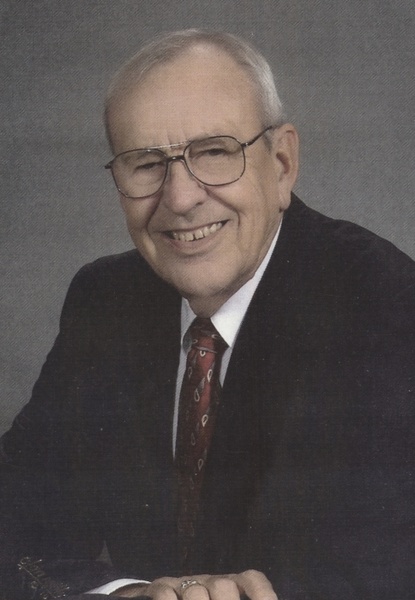 Born at home on February 26, 1936, in Linn, Richard was the second child of Stephen and Gertrude (Hertzing) Zeilmann. He attended St George Elementary School and graduated from Linn High School in 1954 having been one of their star basketball players. After high school, he attended Jefferson City Junior College for two years again playing basketball for the college and then became one of the young men who integrated Lincoln University.

Richard was united in marriage to Donna Jo (Knollmeyer) Zeilmann, on October 12, 1957 at St. George Catholic Church in Linn.  They began their married life in Ballwin, Missouri where Richard had signed a contract to teach 6th grade for the Rockwood School District. He continued teaching there for 4 years until he graduated from Lincoln University with a BS degree in Elementary Education.

Like most educators, he continued to attend classes to sharpen his skills by attending Harris Teachers College in St. Louis, SIU Edwardsville, and Southeast and Northwest Missouri Universities. He was chosen to receive a grant to attend UCLA, Los Angeles the summer of 1967.

Richard was always active in his community. He served the City of Winchester, Missouri as an Alderman, Treasurer, and 9 terms as Mayor for a total of 29 years. After moving to Osage County, he ran an unsuccessful race for County Treasurer but was later asked to serve as County Emergency Manager. He served as a volunteer fire fighter until he was 70 years old and served on the committee responsible for building the West Fire Station between Bonnots Mill and Loose Creek. He served as the Vice President of the Community Betterment organization and remained an active member until his health began to fail.

Richard was always active in his church. When living in Winchester, he and Donna were co-principals of the largest Public School of Religion Program in the St Louis Archdiocese. He was a mentor of several youth groups who did service projects and church projects, along with character development. When he moved his family to Bonnots Mill, he became active in the Knights of Columbus until other volunteerism required him to be away from the area and unable to ever go to meetings. He served as the President of the St Louis of France Parish Council and spear headed the remodeling of the church restoring it to its original beauty as much as possible.

Shortly before his retirement, he and Donna began working together in his part time remodeling business doing rehab work for real estate companies in St. Louis. They continued that work until 1991 when they purchased their home in Bonnots Mill where they put their skills together remodeling their 90+ year old house. In 1993 the Great Midwest floods came. Though their house was not damaged their community was and for 4 months they could only get in or out by boat. Because of the flood they became involved with the American Red Cross. Since then he and Donna have served as local and national disaster responders for the Red Cross. Richard has served a facility manager on assignments but his greatest love was to be the transportation manager. He spent many days and hours teaching people how to track vehicles for various operations and unless he was able to teach someone new he often felt like he was not successful.

Richard loved to travel and see and learn new things. Together he and Donna made a tour to England, Italy, Belgium, Switzerland Germany, Netherlands, 4 more trips just to Germany, and every state in the United States except Hawaii, and Alaska. He loved basketball, fishing, riding his Seadoo, riding his 4-wheeler and even at 82, acting like a kid.

His greatest joy was his children, grandchildren and great grandchildren. He loved playing games with them (even though they say he cheated) he gave great horsey back rides when they were little and wonderful boat and 4-wheeler rides later. Most importantly he cherished his family and gave generously of his time with those he loved, who called him Dad, Daddy, Grandpa, Grandpa Great.

He was preceded in death by his parents; his son Kevin Zeilmann; Great Granddaughter Jordyn Morgan; sister Nancy Jaegers (Albert)

Interment will follow in the St. Louis of France Parish Cemetery.

Expression of sympathy may be made to the American Red Cross.

To order memorial trees or send flowers to the family in memory of Richard "Satch" J. Zeilmann, please visit our flower store.