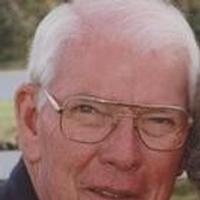 Robert G. Bax, Sr., age 85 of Rich Fountain, passed away Monday, January 6, 2014, at St. Mary's Health Center in Jefferson City with his family by his side.

Robert was born December 24, 1928, at Freeburg, MO., the son of the late Alphonse and Teresa (Grellner) Bax.

On August 3, 1950, Robert was united in marriage to Rosella J. Cassmeyer in Freeburg. She preceded him in death on September 13, 2012.

Robert attended schools in Freeburg and Rich Fountain. He enlisted in the United States Navy in 1946 and served in the Pacific theater. He was a farmer throughout his life, raising cattle, hogs, and turkeys. In 1961, he was a partner in establishing Central Hog Market in Rich Fountain and in 1984, he started St. Elizabeth Hog Market. Central Hog Market continues to operate today.

In addition to his parents and wife, Robert was preceded in death by: two sisters, Mary Jane Neuner and Mildred Schnieders; and one brother-in-law, George Neuner.

Mass of Christian Burial will be at 11:00 a.m. on Friday, January 10, 2014, at Sacred Heart Church in Rich Fountain with Fr. Philip Niekamp as the Celebrant. Interment will follow in the Sacred Heart Parish Cemetery with full Military Honors.

Expressions of sympathy may be made to Sacred Heart Catholic School, Rich Fountain.

To order memorial trees or send flowers to the family in memory of Robert G. Bax, Sr, please visit our flower store.