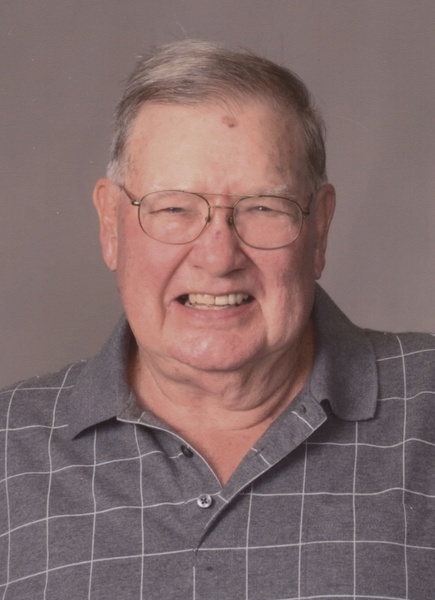 Robert Peter Dudenhoeffer died May 17, 2021 after a courageous battle with COPD.

Robert was born on April 13, 1941 in Frankenstein, Missouri, son of Herbert Leo Dudenhoeffer and Anna Sophia (Troesser) Dudenhoeffer. After attending elementary school at Our Lady of Help Christian Catholic Church in Frankenstein, Missouri, Robert studied for priesthood at LaSalette Seminary in Jefferson City, Missouri and then in New York state. After leaving the seminary, Robert continued his education at Lincoln University.

On April 4, 1964, Robert was united in marriage to Mary (Gabelsberger) Dudenhoeffer at Our Lady of Help Christian Church in Frankenstein, Missouri. Robert and Mary lived in Jefferson City where Robert worked as a salesman and HVAC engineer. After his retirement, Robert and Mary moved back to their hometown of Frankenstein, Missouri, where Robert grew a small orchard, vineyard and garden.

Robert was always on the go and enjoyed spending time with his family and friends.  He was an avid card player and fisherman.  He enjoyed playing Preference with friends and Pitch and Rummy with Mary, Stacie and grandchildren. He often won. Likewise he loved fishing and could spin a tale or two about his monstrous catches, although on numerous occasions, his granddaughters caught more fish than he did to his delight. His winemaking was exceptional and enjoyed by many.  His favorite was Elderberry Wine.

Despite his years with COPD, Robert tried his best to continue to live life to the fullest. Robert was a devote Catholic. He practiced his faith with much reverence and made prayer a part of his daily schedule. He served the Church on the Cemetery Committee in spearheading the restoration of the Cemetery. He also served as a Sacristan in the Church and on the Bicentennial Committee.  Robert realized his mortality, but his faith gave him strength and hope of life with this heavenly Father.

Robert was proceeded in death by his parents, Herbert and Anna Dudenhoeffer, an infant brother also named Robert, his sister Evelyn Burden, his brother James Dudenhoeffer, and his brother-in-laws Lee Gabelsberger, James Loethen and Dennis Lamb.

Expressions of sympathy may be made to Our Lady of Help Building Fund.

To order memorial trees or send flowers to the family in memory of Robert Peter Dudenhoeffer, please visit our flower store.