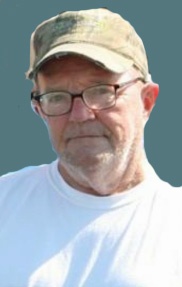 Jerry was born October 15, 1943, in Jefferson City, a son to the late Emerson and Neva (Jett) Bryan.

Jerry was a 1961 graduate of Linn High School and later graduated from Linn Technical College. He proudly served his country as a member of the United States Army.

On July 11, 1972, he was united in marriage to Mary Louise Mundwiller.  She survives of the home.

Jerry was a longtime employee for Ameren before his retirement.

He was a member of I.B.E.W. Local 135 and enjoyed hunting, fishing, and his dogs.  He also enjoyed making his daily rounds to area businesses and County Commission meetings where he did not have a problem voicing his opinion.

In addition to his spouse of 47 years, Jerry is survived by: two daughters, Dana (Matt Rowland) Bryan of Centertown and Christy Varnadore of Frankenstein; two brothers, John (Paula) Bryan of Brazito and James (Ellie) Bryan of Etterville; one grandson, Schyler Bryan of Columbia; as well as six nephews and three nieces.

In addition to his parents, he was preceded in death by Hugo and Goldie Kliethermes.

Expressions of sympathy may be made to Central Missouri Hospice, Good Shepherd Care Center, or to the memorial for Jerry at “his fishing hole”.

To order memorial trees or send flowers to the family in memory of Robert "Jerry " Gerald Bryan, please visit our flower store.