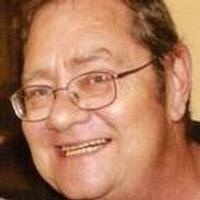 Bobby was born April 7, 1955, in St. Louis, a son to the late Philip Adam and Catherine Elizabeth (Luecke) Meyer.

Bobby served in the United States Army and later the Army Reserves.

He enjoyed shooting pool and was a huge Beatles fan.

Bobby is survived by: one sister, Dolores Eisterhold of Rich Fountain, a close family friend, Laverne Shanks of Belle as well as four nieces and two nephews.

In addition to his parents, Bobby was preceded in death by a brother, Jim Meyer.

A Memorial Mass will be held at a later date at Sacred Heart Catholic Church in Rich Fountain.

To order memorial trees or send flowers to the family in memory of Robert F. Meyer, please visit our flower store.