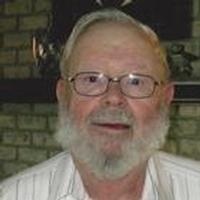 Bob was born, September 19, 1937 in Kankakee, IL, a son to the late Eugene and Louise (Graveline) Monnette.

Bob was a 1956 graduate of Herscher High School in Herscher, IL and served his country in the United States Army.

On September 11, 1971, Bob was united in marriage to Judith Anne Munson in Kankakee, IL. She survives of the home.

In addition to his wife of 43 years, Bob is survived by: one son, John Monnette and his wife Dana of Linn; two daughters, Beth Smith and her husband Jason of Imperial and Amy Pemberton and her husband Michael of Mexico; two sisters, Alma Monnette of Bradley, IL and Marge Hoogstraat of Bourbonnais, IL, seven grandchildren as well as several nieces and nephews and many friends.

In addition to his parents, Bob was preceded in death by one son, Mark Monnette and a sister Eileen Clabby.

Mass of Christian Burial will be held at 10:00 a.m. Friday, November 14, 2014 at St George Catholic Church in Linn with Fr. John Schmitz as the celebrant. Interment will follow in the St George Parish Cemetery.

Expressions of sympathy may be made to St George School or to the Special Olympics.

To order memorial trees or send flowers to the family in memory of Robert "Bob" L. Monnette, please visit our flower store.