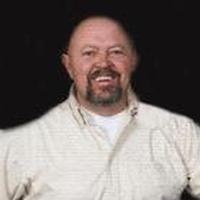 Robert "Paul" Parkhurst, age 51 of Linn, passed away on Wednesday, August 8, 2012, after losing his battle with brain cancer at home with his family at his side.

Paul was born October 12, 1960, in Jefferson City, a son to the late Bobbie and Patricia Parkhurst.

On June 19, 1982, Paul was united in marriage to Annabel Dudenhoeffer, who survives at the home.

Paul was a mechanic for Rudroff Bus Company in Linn and owned and operated Dirt Master Carpet Cleaning.

He was a member of the Linn Lions Club, Knights of Columbus and St. George Catholic Church.

Paul loved spending time with his family, working around the house and at his shop, watching the St. Louis Cardinals and the Kansas City Chiefs, camping, and going to "chicken day" at Annie's Station in Loose Creek with Joe and the gang from the bus lot.

In addition to his parents, Paul was preceded in death by: two nieces, one nephew, one great nephew and his mother-in-law, Martha Dudenhoeffer.

Mass of Christian Burial will be held at 10:00 a.m. on Saturday, August 11, 2012, at St. George Catholic Church in Linn. Interment will follow in the St. George Parish Cemetery.

Expressions of sympathy may be made to the "Educational Fund" for Aaron Parkhurst, c/o Legends Bank, PO Box 888, Linn, MO 65051.

To order memorial trees or send flowers to the family in memory of Robert Paul Parkhurst, please visit our flower store.