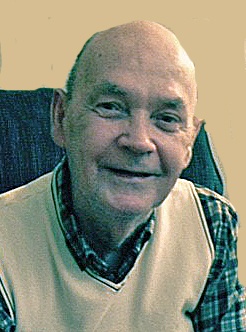 Robert A. Samson, age 85, of Bonnots Mill, passed away on Monday, November 20, 2017, at Westphalia Hills in Westphalia.

He attended parochial school in Bonnots Mill and graduated from Loose Creek High School in 1951.  Following graduation, Robert served in the United States Army for two years in France.

After his discharge from the Army, Robert worked from 1956 to 1962 for the State Highway Department Headquarters, 1970 to 1976 for Pinkerton Security and he retired from the Missouri Department of Conservation in 2000 after 23 years of service.

Robert possessed a deep sense of understanding and a kindly sympathy for his fellow man.  He was a sympathetic benefactor who was always willing to help those in need.  He donated to the Mary Knoll Organization, Christmas cards to Veterans, Mouth and Foot Painting Artist and Salesian Missions.  He was a great man of kindness and understanding.

Robert enjoyed playing cards, going to the movies but his greatest enjoyment was spending time with his family and friends.

In Lieu of Masses or flowers, memorial donations may be made to St. Louis of France Parish Cemetery.

To order memorial trees or send flowers to the family in memory of Robert A Samson, please visit our flower store.