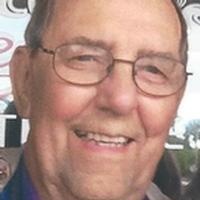 Robert was raised in Big Woods Township and attended the Oslo Public School. At the age of 18, Robert joined the United States Army, where he served his country for over 20 years, including one tour of duty in Vietnam, where he was awarded many commendations, including the Bronze Star Medal.

On December 10, 1961, Robert was united in marriage to S.Sharon (Scott) Soltvedt at Atterbury Chapel while stationed in Frankfurt, Germany. Sharon survives at their home near Linn.

After retiring from his military service, Robert enjoyed his hobby farm while working 25 years as the maintenance supervisor at the Mosby/ Times Mirror/ Elsevier distribution center in Linn.

Robert was baptized as an infant at Bigwoods Lutheran Church and confirmed his faith through adult baptism at Community Christian Church in Linn, MO on September 25, 1977. He was an active church member and volunteered until overcome by health issues.

In addition to his parents, Robert was preceded in death by two brothers, Milton and Ole Soltvedt.

A Memorial Service will be held on Tuesday, July 26, 2016, at 11:00 a.m. at Community Christian Church in Linn with Pastor Jeff Kruger officiating. Graveside services with military honors will be held at Bigwoods Lutheran Church in rural Oslo, Minnesota at a later date.

In Lieu of Flowers, expressions of sympathy may be made to the Community Christian Church or the Bigwoods Cemetery Fund.

Arrangements are under the direction of Morton Chapel, Linn, Missouri (573-897-2214) www.mortonchapel.com

To order memorial trees or send flowers to the family in memory of Robert "Sal" Errol Soltvedt, please visit our flower store.