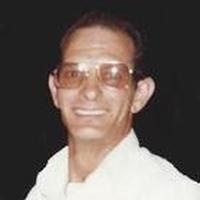 Bobby was born February 13, 1944, in Rolla, a son to the late Ray and Norine (Brandt) Stiefermann.

Bobby was a 1962 graduate of Fatima High School and served in the United States Army during Vietnam.

Bobby was employed as a carpenter for most of his life. His expertise included plumbing, roofing and electrical work. He was known to be able to fix anything.

Bobby was a great dancer, enjoyed playing his guitar, wood working and especially spending time with his family.

Bobby is survived by: one son, Robert "Robby" Stiefermann and his wife Cindy of Linn; one daughter, Lori Stiefermann and her fiancAC. Randall Nilges of Cuba; one sister, Arlene McGee of Crystal River, FL; two grandchildren, Ariel Doerhoff and Cole Stiefermann; his longtime friend and companion, Gayle Patterson of Jefferson City; as well as many nieces, nephews, cousins and friends.

Visitation will be held from 4:00 p.m. until 6:00 p.m. on Saturday, April 19, 2014, at Morton Chapel in Linn. Funeral Services will follow at 6:00 p.m. with Chaplain Bart Larson officiating. Military honors will be conducted following the service. Inurnment will be in the Garden of Gethsemane Cemetery in Frankenstein.

Expressions of sympathy may be made to the Stiefermann Family.

To order memorial trees or send flowers to the family in memory of Robert F. Stiefermann, please visit our flower store.