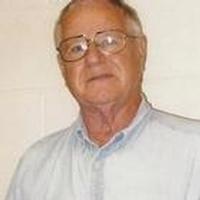 Robert "Bob" L. Thomas, age 83, of Holts Summit and formerly of Linn, passed away Tuesday, December 9, 2014 at his residence.

Bob was born October 10, 1931, in Vosholl, a son to the late Ray Alexander and Eliza May (Mantle) Thomas.

Bob was a 1952 graduate of Linn High School. Bob served his country during the Korean Conflict as a member of the US Army earning a Bronze Service Star.

After competing his military service Bob worked for McGraw-Edison, Westinghouse and ABB before retiring in 1998.

Bob had served as Past Post Commander of the Linn VFW Post 4756. He enjoyed hunting, fishing and spending time with his family.

In addition to his parents, Bob was preceded in death by three brothers, Omar, Ray "Babe" and Lawrence "Buck" Thomas, two sisters, Evelyn Thomas and Georgia Stuesse as well as a son-in-law, Steven Graham.

A time of sharing will be held from noon until 1:00 p.m. on Wednesday, December 17, 2104 at Morton Chapel. Burial will follow in the Linn Public Cemetery with full Military Honors.

In lieu of flowers expressions of sympathy may be made to Linn VFW Post 4756.

To order memorial trees or send flowers to the family in memory of Robert L. Thomas, please visit our flower store.