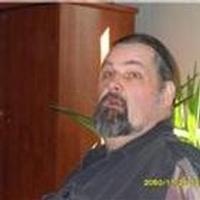 Rodney was born September 21, 1955, in Muskogee, OK a son to the late Morris Paul Dunlap and Wilma (Slape) Samson who survives of Pottsboro, TX.

He enjoyed hiking, canoeing, and camping.

In addition to his mother, Rodney is survived by: three sons, Zachariah Dunlap and Cory Dunlap both of Dennison, TX, and Alexander Sawyer of Jefferson City; three daughters, Amanda Dunlap of Linn, Rachelle Dunlap of Holts Summit, and Samantha Dunlap of Jefferson City; two sisters, Paulette Landers of Melissa, TX, and Jeanie Wilson of Allen, TX; and five grandchildren.

In addition to his father, he was preceded in death by: one sister, Susan Teage and one granddaughter, Alysia Sawyer.

Expressions of sympathy may be made to the Dunlap Family.

To order memorial trees or send flowers to the family in memory of Rodney A. Dunlap, please visit our flower store.