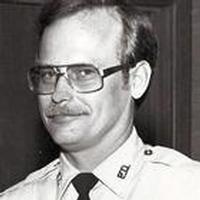 Roger was a 1956 graduate of St. Peters High School in Jefferson City. He served in the United States Army as a military policeman. Roger was employed for 28 years as a motorcycle police officer in Kansas City. He later owned and operated RJS Security in Kansas City and after moving to Lake of the Ozarks, he worked for a private security firm.

In his spare time, Roger loved to travel.

In addition to his parents, he was preceded in death by: one brother, Raymond Strope and one sister, Mildred Sebben.

Mass of Christian Burial will be held at 12:00 pm, Monday, November 15, 2010, at St. George Catholic Church with Fr. I.C. Medina as the Celebrant. Interment will follow in St. George Cemetery.

Expressions of sympathy may be made to the American Heart Association or to a charity of the donor's choice.

To order memorial trees or send flowers to the family in memory of Roger J. Strope, please visit our flower store.