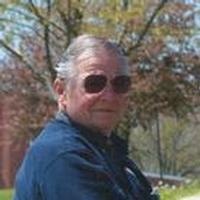 On July 21, 1961 Ron was united in marriage to Patricia D. Barber in West Covina, CA. She survives at the home.

Before moving to Linn in 2005, Ron worked as a meat cutter for Ralph's Grocery Company in the state of California. He retired in 1998.

Ron was a member of the First Baptist Church of Linn and enjoyed working on his 1958 MGA car and spending time with his family.

In addition to his wife, Ron is survived by a son, Martin "Marty" Brander and his wife Tandy of Lucerne Valley, CA., and daughters, Michelle Lovato and her husband Vince of Chelan, WA., and Connie Tracy and her husband Charles "Dion" of Mexico; a brother, Sylvan and his wife Carol Brander of San Jacinto, CA., 15 grandchildren, one great grandchild, one great grandchild on the way, and many nieces and nephews.

In addition to his parents, Ron was preceded in death by a brother, Dennis Brander.

Visitation will be held from 12:00 p.m.to 1:00 p.m. on Monday, May 14, 2012, at First Baptist Church in Linn. Funeral services will follow the visitation at 1:00 p.m. with Rev. David Krueger officiating. Interment will be at Linn Public Cemetery.

Expressions of sympathy may be made to the American Diabetes Association or the Juvenile Diabetes Foundation.

To order memorial trees or send flowers to the family in memory of Ronald L. Brander, please visit our flower store.