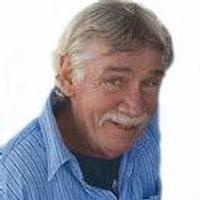 Ronald attended school in Sedalia. Ronald had worked as an installer for James Fencing in Columbia.

On September 23, 1995, Ronald was united in marriage to Georgia Garrett in Independence. She preceded him in death on March 11, 2010.

In addition to his parents and wife, Ronald was preceded in death by one brother and two sisters.

To order memorial trees or send flowers to the family in memory of Ronald E. Clark, please visit our flower store.