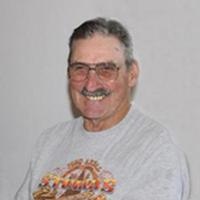 Joe was a 1961 graduate of Linn High School and was in the first class at Linn Technical School.

On November 5, 1965, he was united in marriage to Lois Rae Case at the Ellsworth Air Force Base in South Dakota. She preceded him in death on March 10, 2012.

Joe was the owner/operator of City Paving in Jefferson City, a founding member of JC Industries and served as a "shop foreman" at Aplex, Inc., to support his passion for farming.

Joe was a member of the Community of Christ Church in Linn, Past Worshipful Master of Linn Masonic Lodge #326, A.F. & A. M., the Shriners, and the American Legion in Jefferson City. He was also a member of the "2nd shift" at Casper's Conoco.

In addition to his parents and spouse of 46 years, Joe was preceded in death by: one brother, Roger "Gail" Helmig; a son-in-law, Bruce Schuster, and a grandson, Steven Schuster.

Funeral Services will be held at 2:00 p.m. on Friday, December 18, 2015, at St. George Catholic Church in Linn with Glenna and Jerry Henry, and Fr. Daniel Merz officiating. Interment will follow in the Community of Christ Cemetery.

In lieu of flowers, expressions of sympathy may be made to the Foundation for Retinal Research, (www.TFRR.org).

A Masonic Service will be conducted beginning at 4:00pm on Thursday.

A Masonic Service will be conducted beginning at 4:00pm on Thursday.

To order memorial trees or send flowers to the family in memory of Ronald "Joe" Helmig, please visit our flower store.