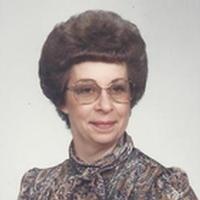 Ruby was born, October 31, 1936, in rural Hermann, a daughter to the late Benjamin and Adela (Schmitt) Teckemeier.

Ruby was a 1955 graduate of Hermann High School and a 1987 graduate of Nichols Career Center in Jefferson City.

Ruby worked at a shoe factory and later as a clerk typist for the Missouri Department of Revenue before retiring.

Ruby was a member of the St John's United Methodist Church in Linn and enjoyed tending to her flower gardens and her cats as well as spending time with her family.

In addition to her parents and husbands, Ruby was preceded in death by one daughter, Susan Dale Slack and one brother, Virgil Teckemeier.

Funeral services will be at 10:00 a.m. on Wednesday, July 20, 2016, at the church with Rev, Floyd Gudde and Rev. Mildred Slack officiating. Interment will follow in the St. George Parish cemetery.

Expression of sympathy may be made to the St John's United Methodist Church.

To order memorial trees or send flowers to the family in memory of Ruby J. Schroeder, please visit our flower store.