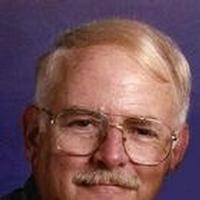 Russ was a 1956 graduate of Linn High School and had worked as a salesman most of his life.

Russ was a member of Immaculate Conception Catholic Church in Jefferson City and the Knights of Columbus.

Russ is survived by: two aunts, Elsie Marsh of Nixa and Eleanor Busch of Krakow, one uncle, Kenneth Niewald of Linn, two nephews, Trevor Mertz of Austin, TX, and Jason Mertz of Houston, TX, as well as numerous cousins, a brother-in-law and many friends.

In addition to his parents Russ was preceded in death by one sister, Mary Mertz.

Expressions of sympathy may be made to the Ryors Cemetery Fund.

To order memorial trees or send flowers to the family in memory of Russell Lee Strate, please visit our flower store.