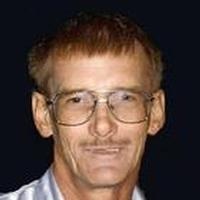 Russell Uthe, age 52, of Chamois, passed away Thursday, September 15, 2011, at his home surrounded by his family.

Russell was born February 3, 1959, in Jefferson City, a son to Raymond and Elsie (Ruegge) Uthe. His parents survive at the family farm near Morrison.

Russell was a 1977 graduate of Chamois High School and worked as a welder most of his life.
In 2007, he went to work for Carved in Stone where he was employed at the time of his death.

On September 8, 1979, he was united in marriage to Theresa Beckmann in Hope. She survives of the home.

Russell was a lifetime member of Bethel Salem Presbyterian Church in Hope where he served as an Elder. For several years, Russell made brake handles for The P.E.T. Project in Columbia, an organization that makes hand-cranked wheelchairs for the disabled. He enjoyed fabrication and fixing things for anyone who needed something.

In addition to his parents and wife, Russell is survived by: one son, Kurtis Uthe and his finance' Sarah Wolfe of Loose Creek; two daughters, Lara and Lea Uthe both of Chamois; one brother, Roger and his wife Cathy Uthe of Morrison; one sister, Judy Uthe of Jefferson City; a father-in-law, Leo Beckmann and his wife Anita of New Haven; a mother-in-law, Faye Neuner and her husband Harry of Linn; as well as many brother-in-laws, sister-in-laws, nieces, nephews and friends.

Funeral services will be at 11:00 a.m. on Tuesday, September 20, 2011, at Bethel Salem Presbyterian Church in Hope with Rev. Deborah Pope officiating. Interment will follow at Bethel Salem Church Cemetery.

To order memorial trees or send flowers to the family in memory of Russell Uthe, please visit our flower store.