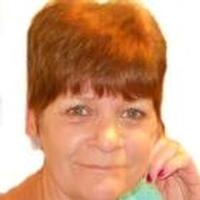 Ruth was born February 14, 1954, in St. Louis, a daughter to the late Richard Williams and Emma (Rowen) Williams who survives of Raymondsville, MO.

Ruth attended Cabool High School and had worked as a waitress for several years.

On January 21, 1991, she was united in marriage to Arlo Anderson in Cabool. He survives at the home.

Ruth was of the Pentecostal faith and enjoyed crocheting, fishing, and the outdoor life. Her greatest love was spending time with her grandbabies.

In additions to her mother and husband, Ruth is survived by: three sons, Richard W. Jarrett of Warrenton, Clint N. Jarrett of Jefferson City, and Daniel Allen of Salt Lake City, UT; two daughters, Channa Wilkinson and her husband Harry of Linn, and Sonya Schroeder and her husband Derrick of Jefferson City; three brothers, Tommy Williams of Willow Springs, Teddy and his wife Donna Williams of Sedalia, and Ricky and his wife Linda Williams of Elk Creek, MO; two sisters, Sandra Bland of Seymour and Amy Wilson and her husband Bob of Cabool; 10 grandchildren, Brittany, David, Sidney, Haylee, Whitney, Jensen, Natalie, Austin, J.T., and Dakota; as well as many nieces and nephews.

In addition to her father, she was preceded in death by one daughter, Ashley Jarrett and a grandson, Stetson Jarrett.

Funeral Services will follow at 3:00 p.m. with Bro. Louis Probst officiating. Interment will be in the Linn Public Cemetery.

Expressions of sympathy may be made to the Anderson Family.

To order memorial trees or send flowers to the family in memory of Ruth Ann Anderson, please visit our flower store.