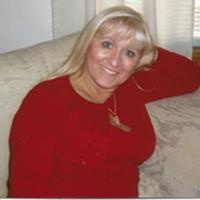 Sandy was born on November 21, 1951, in St. Louis, a daughter to the late Robert Lechner and Genevieve (Crowe) Lechner who survives of Hillsboro.

On June 26, 2003, she was united in marriage to Carl V. Nilges in Jefferson City. He survives of the home.

Sandy worked in the driver's license division of the Missouri Department of Revenue for 26 years before retiring.

She was of the Roman Catholic faith. Sandy enjoyed traveling, going out for ice cream, cooking especially goulash and roast beef, crocheting, watching soap operas and swimming. She loved her dogs but her greatest joy was spending time with her friends and family.

In addition to her father she was preceded in death by a nephew, Jeremy Dennis and her dog, Alex.

Mass of Christian Burial will be held at 10:00 a.m. on Wednesday, August 12, 2015, at St. George Catholic Church in Linn with Fr. Daniel Merz as the celebrant. Interment will follow in the Linn Public Cemetery.

To order memorial trees or send flowers to the family in memory of Sandra J. Nilges, please visit our flower store.
Send a Sympathy Card