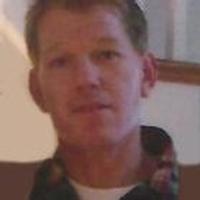 Scott was employed at Lock's Mills and Propane and had worked for Bax Timbers for many years.

Scott is survived by: his mother, Helen Bax of Linn; one son, Ryan Bax of Jefferson City; one daughter, Nicole Bax of Kansas City; one brother, Tracy and his wife Stacy (Haslag) Bax of Loose Creek; and his grandmother, Dorothy Massman of Westphalia.

He was preceded in death by: his father, Randy Bax in 1998; his paternal grandparents, Ruby and Delbert Bax and his maternal grandfather, Albert Massman.

Private family services will be held. Interment will be at St. Aloysius Parish Cemetery in Argyle.

Expressions of sympathy may be made to the Scott Bax Family.

To order memorial trees or send flowers to the family in memory of Scott D. Bax, please visit our flower store.