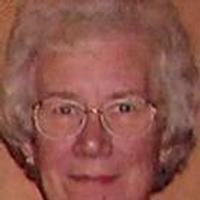 Shirley was born November 6, 1943, in St. Louis a daughter to the late Homer H. and Vera W. (Bassman) Helmich.

Shirley was a registered nurse for over 30 years. For 18 of those years, she was employed at St. Mary's Health Center in Jefferson City as an OB nurse. From 1975 until 1983, Shirley and her husband Jim, owned and operated the Western Auto Store in Linn.

Shirley enjoyed crocheting, canning, gardening, fishing, and camping, but most of all spending time with her family and friends. Her greatest love was her three granddaughters.

In addition to her husband of 48 years, Jim, she is survived by: two sons, Jeffrey Strubberg and his wife RayAnne of Linn and John Strubberg of Linn; three granddaughters, Amber, Kristen, and Jessica Strubberg of Linn; two sisters, Charlotte Ward of Kansas City, MO and Cheryl Ketteman of St. Louis.

In keeping with Shirley's wishes her body was cremated and a Celebration of Life Service will be held Sunday, March 9, 2014, from 2:00 to 4:00 p.m. at the Linn Masonic Lodge #326 in Linn.
Expressions of sympathy may be made to Pancreatic Cancer Research.

To order memorial trees or send flowers to the family in memory of Shirley Ann Strubberg, please visit our flower store.