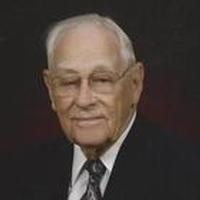 Stanley was a graduate of Bland High School. From 1938 until 1943, he was employed at Fidelity Telephone Company in Sullivan as a lineman and at the International Shoe Company in Bland. In 1943, he was a lineman at Gasconade Power and Light Company until it was purchased in 1949 and became Missouri Power and Light. Stanley served as a foreman until his promotion to Customer Service Supervisor in 1971, when the company changed to Union Electric. Stanley retired April 30, 1981, after 38 years of service. His retirement letter stated that Stanley served the company even when the computer went down.

Stanley was an avid quail hunter. He loved to raise and train dogs for quail hunting. He also liked to fly fish, play golf and he enjoyed working in his yard and garden and raising his flowers. Stanley was very passionate about the St. Louis Cardinals, the Missouri Tigers basketball and football programs and the Linn Wildcats. His greatest joy was spending time with his family

Stanley was also preceded in death by a sister, Maxine Branson.

There will be a luncheon at the church starting at 11:30 a.m. for friends and family with a Funeral Service to follow at 1:00 p.m. Saturday, November 9, 2013, at St. John's United Methodist Church in Linn with the Rev. Floyd Gudde and Rev. Tony Townley officiating. Burial will be in the Bland Union Cemetery in Bland.

Expressions of sympathy may be made to St. John's United Methodist Church of Linn, The Shriner Crippled Children Foundation or to the Lion's Club International SightFirst Program.

To order memorial trees or send flowers to the family in memory of Stanley K. Scheel, please visit our flower store.