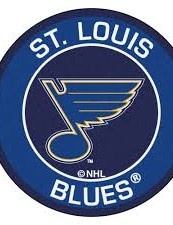 Steven was born August 13, 1974, in Mexico, Missouri, a son to James and Brenda (Hodgin) Boswell.  They survive of Maryville, Missouri.

Steven was a 1992 graduate of Mukwonago High School in Mukwonago, WI.

On December 8, 2006, he was united in marriage to Christina Davis.  She survives of the State of California.

Steven had worked as a grounds keeper at a golf course before becoming disabled.

Steven was an avid pet lover, taking in any stray or abandoned animal.  He also enjoyed oil painting and loved to watch sports especially the St. Louis Cardinals and Blues.

In addition to his parents, Steven is survived by: his step-daughter, Kayln Gilbreth and her husband Alex of the State of California; one brother, Dr. Scott Boswell and his wife Annie of Salina, KS; two sisters, Lisa “Shelley” Lorenz and her husband Steve of Milford, NE and Cynthia Hatfield of Raymore, MO as well as many nieces, nephews, aunts, uncles and other relatives and friends.

Steven was preceded in death by a nephew, Jeremy Lorenz.

To order memorial trees or send flowers to the family in memory of Steven Todd Boswell, please visit our flower store.