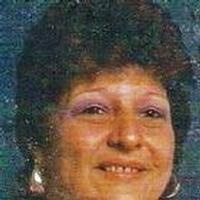 Susan was born March 1, 1942, in Lafayette, IN, a daughter to the late Lawrence and Mary (Courter) Himes. She attended school in Lafayette.

Susan was united in marriage on July 24, 1983, in Osage Beach to Richard J. Branson who survives of the home.

Susan had worked as a waitress and also worked with the developmentally handicapped children in Camdenton.

She was a member of the Ninth Street Christian Church in Eldon. Susan enjoyed flowers, the outdoors, reading, dancing, music and she had written a book about her life.

In addition to her husband, Susan is survived by: two sons, Michael Weatherford of Lafayette, IN and Charles Weatherford of Osage Beach; one daughter, Kimberly Whittle and her husband Richard of Lakeland, MO; one step-son, Nathan Branson of Linn; one step daughter, Charmin Scrivner of Barnett; one brother, Donald and his wife Carol Himes of Edwards, MO; ten grandchildren, nieces, nephews and friends.

Funeral Services will be at 11:00 a.m. on Wednesday, December 1, 2010, at Morton Chapel with Bro. Alan West officiating. Interment will follow in the Solid Rock Cemetery in Judge.

To order memorial trees or send flowers to the family in memory of Susan A. Branson, please visit our flower store.