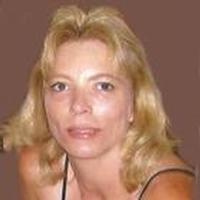 Teresa Ann Deppe, age 45 of Morrison, passed away Friday, October 12, 2012 at her residence surrounded by her loving family and friends.

Teresa was a 1985 graduate of Chamois High School.

Teresa was united in marriage to Keith Deppe on June 14, 1991 in Oskaloosa, IA. Teresa and Keith renewed their wedding vows on June 14, 1996 in Pershing. He survives of the home in Morrison.

Teresa attended the First Pentecostal Church in Gasconade. She was a homemaker, enjoyed going to yard sales and spending time with her family.

In addition to her husband Keith, Teresa is survived by her father William H. and his wife Marilyn Kuhn of Hermann; her mother, Judy Kuhn and her companion Paul Cramer of Morrison; one son, Tyler Deppe of the home; one brother, William J. and his wife Dana Kuhn of Washington as well as eight nephews, one niece, two cousins and an aunt, Kathy Busch of Morrison.

Visitation for Teresa will be held from 4:00 p.m.to 7:00 p.m. on Friday, October 19, 2012, at the First Pentecostal Church in Gasconade. Funeral services will follow at 7:00 p.m. with Pastor Doug Kuebler officiating.

Expression of sympathy may be made to the ALS Foundation or to the Deppe Family.

To order memorial trees or send flowers to the family in memory of Teresa Ann Deppe, please visit our flower store.