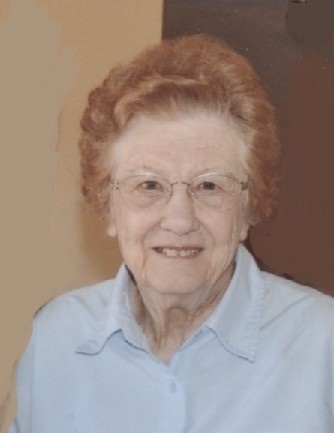 Teresa was born November 15, 1930, in Taos, a daughter to the late William and Annie (Taube) Brand.

She was employed as an assembly line worker at the shoe factory in Jefferson City and was a cook at Immaculate Conception School.

Teresa was a member of Immaculate Conception Catholic Church in Loose Creek, St. Ann’s Sodality and the Quilters Circle.

In addition to her parents and spouse, she was preceded in death by: three brothers, Werner Brand, Louis Brand and Lawrence Brand; and four sisters, Virginia Jaegers, Wilhelmina Kempker, Gertrude Kempker and Dorothy Steghaus.

Expressions of sympathy may be made to the Immaculate Conception Building Fund.

To order memorial trees or send flowers to the family in memory of Teresa M Jaegers, please visit our flower store.