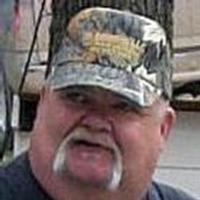 Terry was born April 20, 1963, in Jefferson City, a son to the late Norman Pointer and Mary "Cookie" (Voss) Pointer who survives at her home in Linn.

Terry was a 1981 graduate of Linn High School.

Terry worked as an owner/operator of Voss Lumber Company in Linn.

Terry was a lifelong area resident and an avid hunter and fisherman. He also enjoyed his garden, the St. Louis Cardinals and spending time on the river.

In addition to his mother, Terry is survived by: four brothers, Bernard "Duke" and his wife Marsha Pointer of Ayers, MA, Gary Pointer, Steven Pointer, and Tim and his wife Carolyn Pointer all of Linn; two sisters, Jeri Kemp and her husband Kenny of Linn, and Lori Iven and her Husband J.P. of Linn; a brother-in-law, Spike Helmig of Linn, and many nieces and nephews.

In addition to his father, Terry was preceded in death by: one sister, Norma Lee Helmig and a nephew, Taylor Pointer.

Funeral Services will be held at 11:00 a.m. on Saturday, June 2, 2012, at Morton Chapel in Linn with Fr. I.C. Medina officiating. Interment will follow in the Community of Christ Cemetery.

To order memorial trees or send flowers to the family in memory of Terry E. Pointer, please visit our flower store.