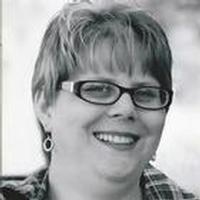 Theresa was born May 30, 1968, in West Plains, MO, a daughter of Michael P. Sherman of Pineville, AR and the late Rosette (Tamas) Sherman.

Theresa was a 1987 graduate of Houston High School. She graduated from Linn Technical College in 1989 with a degree in Office Technology.

On January 2, 1988, Theresa was united in marriage to Joseph Shockley in Hermann, Mo. He survives at the home with their two children, Christopher and Elizabeth.

She was a long time employee of the Missouri Department of Revenue.

Theresa worshipped at and was a member of Memorial Baptist Church in Jefferson City. She was an active volunteer for the Girl Scouts Heart of Missouri Council and a Girl Scout Leader.

Theresa loved to travel, had an eclectic love for music, was an avid reader and loved spending time with family.

In addition to her husband and children, Theresa is survived by: three sisters, RayAnne Strubberg of Linn, Lucinda Campbell of Oklahoma and Charnelle Carrigg of Linn; four brothers, Randy Churchill of Arkansas, Jim Ostrander of Linn, Michael Sherman of Cabool, and Joseph Sherman of Arkansas; as well as many nieces nephews, and friends.

Funeral Services will be at 10:00 a.m. on Saturday, October 20, 2012, at Morton Chapel with Rev. Mark Towns officiating. Interment will follow in the St. George Parish Cemetery.

Expressions of sympathy may be made to the Shockley family.

To order memorial trees or send flowers to the family in memory of Theresa Lynn Shockley, please visit our flower store.