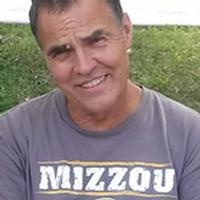 Thomas "Tom" A. Davis, age 64, of Jefferson City, passed away on Saturday, June 18, 2016, at University Hospital and Clinics in Columbia.

Tom was a 1970 graduate of Jefferson City High School.

Tom was a previous business partner of Cook and Davis Construction Company in Jefferson City and an over the road truck driver for Mebruer Trucking in Rich Fountain. He attended Immaculate Conception Catholic Church in Jefferson City.

Tom enjoyed fishing and hunting, dirt track racing, sports especially football and baseball, and he was an avid runner. Tom loved music, telling stories, and always had to try everything at least once. He always had to be busy and was a tender hearted person who never said no to anyone in need. Tom always took the time to really appreciate God's creation and the beauty of everything around him which attributed to his deep strong faith. His greatest love was spending time with his family and grandchildren. Tom, being a very giving person throughout his life, continued his giving even after his death by being a bone and organ donor.

In addition to the love of his life of over 20 years, Joan (Brandt) Sadler of Jefferson City, Tom is survived by: three daughters, Chrisma Davis of Jefferson City, Angela Sooter and her husband Corey of Holts Summit, and Melissa Davis of Millstadt, IL; two step-children, Jason Sadler of Chicago, IL, and Melissa Wolfe of Taos; two brothers, Dan Davis of Holts Summit, and Ron Davis and his wife Helen of Holts Summit; one sister, Becky Luckenotte of Tipton; twelve grandchildren, one great grandchild and numerous nieces, nephews and friends.

In addition to his parents, Tom was preceded in death by one brother, Wally Davis.

Funeral Services will be held at 10:00 a.m. on Saturday, June 25, 2016, at St. George Catholic Church in Linn with Fr. Daniel Merz as the celebrant. Interment will follow in the St. George Parish Cemetery.

Expressions of sympathy may be made to the American Heart Association, Mass intentions or to a charity of the donor's choice.

To order memorial trees or send flowers to the family in memory of Thomas "Tom" A Davis, please visit our flower store.