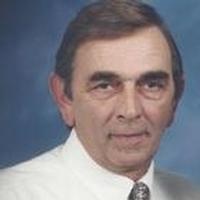 Thomas "Tom" Gentges, age 68 of Bonnots Mill, passed away Friday, May 23, 2014, at his residence surrounded by his loving family.

Thomas was born May 23, 1946, in Jefferson City, a son to the late Joseph and Rose Mary (Jaegers) Gentges.

Thomas was a 1964 graduate of Fatima High School. He proudly served in the United States Navy during the Vietnam War.

On April 11, 1970, he was united in marriage to Sharon Boyce in Jefferson City. She survives of the home.

Thomas was a member of the Teamsters and later worked for Osage Vans (Industries) before retiring in 2002.

Thomas was a member of the First Baptist Church of Linn and American Legion Post #317 in Freeburg.

He enjoyed working on his farm, fishing, camping, gardening, and restoring old trucks. He took great pride in his yard and garden. Thomas enjoyed helping others. His greatest joy was being surrounded by his children and grandchildren.

In addition to his parents, Thomas was preceded in death by two sisters, Betty Keller and Virginia Kirsch.

Funeral Services will be held at 10:00 a.m. on Tuesday, May 27, 2014, at First Baptist Church of Linn with Rev. David Krueger officiating. Interment will follow in the Shirley Cemetery with full military honors.

Expressions of sympathy may be made to Missouri Baptist Convention Disaster Relief Fund or the Shirley Cemetery Fund.

To order memorial trees or send flowers to the family in memory of Thomas Ray Gentges, please visit our flower store.