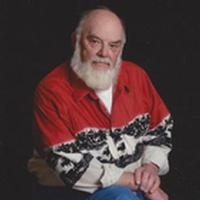 Tom was born on December 29, 1940, in Florissant, a son to the late Thomas and Mary (Zyken) Hubecky.

Tom served his country as a member of the United States Army during the Vietnam Conflict.

Tom was a member of St. George Catholic Church in Linn.

Tom is survived by: two sons, Tom Hubecky of Linn and Philip Hubecky and his companion Amanda Timbrook of Linn; two daughters, Jackie Herndon and her husband Omar of Linn and Caroline Thompson and her husband David of Linn; one sister, Margaret Maloway of Troy; 12 grandchildren; one great grandchild; a sister-in-law, Kathy Hubecky of Florissant; as well as several nieces and nephews.

In addition to his parents and spouse of 43 years, Tom was preceded in death by: one brother, Bill Hubecky; and three sisters, Delords Henke, Delores Hillbert and Mary Hubecky.

Mass of Christian Burial will be held at 10:00 a.m. on Monday, September 19, 2016, at St. George Catholic Church in Linn with Fr. I.C. Medina as the celebrant. Interment will follow in the St. George Parish Cemetery.

Expressions of sympathy may be made to the Caritas of Birmingham, 100 Our Lady Queen of Peace Drive, Sterrett, AL 35147 or to St. Jude's Hospital.

with Fr. I.C. Medina as the celebrant.

with Fr. I.C. Medina as the celebrant.

To order memorial trees or send flowers to the family in memory of Thomas "Tom" George Hubecky, please visit our flower store.