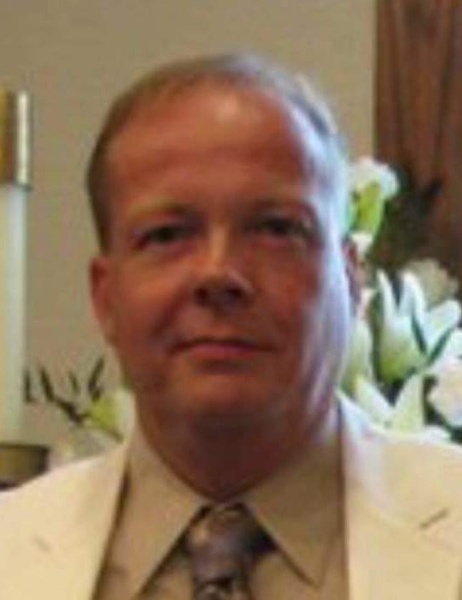 Timothy G. Butler, age 55 of San Antonio, Texas, formerly of Belle, was born June 17, 1963 in Lowell, Massachusetts to the late Marion Elwood Butler and Mary Jane Butler of Belle. Tim, as he was known, passed away while surrounded by his family and friends on Wednesday, October 17, 2018, in San Antonio, Texas following a brief illness.

In 1976, Tim moved with his family to Belle. He spent much of his life in Missouri working at a variety of occupations in various locations. He was always excited to work, and many knew him as the young man behind the counter at Wooley’s Shopping Basket. At age 16 he became an active member of the volunteer fire department in and around Belle. In the early 1980s Tim obtained his EMT/Paramedic credentials and by the early 1990s established Ozark Central Ambulance District as its founder - a first for Belle. He was employed by the State of Missouri as an auditor and for Montgomery Wards in various management capacities.

Throughout his lifetime, the ability to research topics, apply computer and accounting skills and engage his compassionate heart resulted in Tim touching many lives. His ability to help others shown brightest in San Antonio where he has resided for the past eleven years. There he established food pantries in partnership with San Antonio Food Bank to provide supplemental nourishment to the homeless and families in need. His River of Peace Pantry provided up to 400 families a week supplements of meat, vegetables, bread and other food products in a self-shopping setting. The dignity provided to clients at his food pantry caught the eye of the San Antonio Food Bank where they awarded it “Pantry of the Year in 2013” from among the 335 food pantries in their service area. Over 3.25 million pounds of food were distributed through his food pantry programs. His skills in accounting and tax law were used by charitable and church organizations where he served as an advisor and/or Treasurer in San Antonio. His knowledge was also used to help those without resources to resolve tax, immigration or other technical issues relating to laws and regulations. Tim’s work in the senior citizen programs of the San Antonio Food Bank continued to his passing. Many San Antonin’s benefited by his presence.

Tim was a member of St. Matthews Catholic Church in San Antonio and also attended New Beginnings Christian Community Church where a memorial service will be held following services in Linn.

Tim was preceded in death by: his father, Marion Elwood Butler; two sisters Paulette Mary Leonard and Dora Butler; both maternal and paternal grandparents, as well as several aunts and uncles.

Visitation will be held Friday, October 26, 2018, from 5:00 p.m. to 7:00 p.m. at Morton Chapel in Linn. Graveside Services will be held Saturday, October 27, 2018, at 11:00 a.m. at Community of Christ Cemetery in Linn with Elders Dale and Larry Banks officiating. Attendees are requested to meet at the cemetery.

A memorial service will be held in San Antonio, Texas on Saturday, November 3, 2018 at 11:00 a.m. at New Beginnings Christian Community Church with Bishop Alfredo Pena Jr. officiating for friends and neighbors in the San Antonio area. In lieu of flowers, the family suggests donations in memory of Tim to the Storehouse Food Pantry of the Called Anointed Sent 501c3 organization – CAS Projects at P.O. Box 1001 Belle, MO 65013, visit at 101 North Belle Avenue in Belle or call 573-859-3001.

To order memorial trees or send flowers to the family in memory of Timothy G. Butler, please visit our flower store.