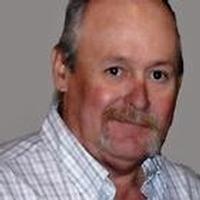 Tony was born May 5, 1959, in Jefferson City, a son to Edward "Ed" Nichols of Chamois and Opal (Stewart) Rudroff of Rich Fountain.

Tony was a 1977 graduate of Chamois High School and was employed with Missouri Department of Transportation as a highway maintenance worker for 31 years.

Tony enjoyed hunting and was very proud of his daughters and grandchildren. His greatest love was spending time with them.

In addition to his parents, Tony is survived by: three daughters, Brandy Lee Powell of Linn, Jessica Lee Nichols of Chamois and Monica Lee Nichols and her husband Zachary of Montgomery City; one brother, Lindell Nichols and his wife Ellen of Chamois; two sisters, Carrie Nichols of Jefferson City and Denise Nolte and her husband Michael of Chamois; step father, Virgil Rudroff of Rich Fountain; six grandchildren, Sandra, Ray, Max, Darren, Landon and Malachi, as well as several nieces and nephews.

Funeral Services will be held at 10:00 a.m. on Monday, July 29, 2013, at Morton Chapel in Chamois with Rev Frank Husted officiating. Interment will follow in Deer Creek Cemetery.

Expressions of sympathy may be made to the Deer Creek Cemetery Fund.

To order memorial trees or send flowers to the family in memory of Tony Edward Nichols, please visit our flower store.