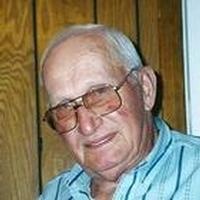 On December 24, 1953, he was united in marriage to Marlene Baclesse in Linn. She survives of the home.

Truett was a farmer and a member of the Mint Hill Baptist Church and the Linn Masonic Lodge #326 A.F. & A.M.

He enjoyed hunting, fishing, gardening and spending time with his family.

In addition to his wife Marlene, he is survived by: four sons, Denny Laughlin of Loose Creek, Dave, Howard, and Ronnie Laughlin all of Linn; two daughters, Joan Dudenhoeffer and her husband Wayne of Chamois, and Kathy Muenks of Jefferson City; four grandchildren, Kyle, Brandon, and Kara Muenks and Wesley Keilholz as well as several nieces, nephews and friends. He is also survived by his black lab, Max.

In addition to his parents, he was preceded in death by: an infant daughter, and three brothers, Alvin, Paul, and Kenneth Laughlin.

Funeral Services will be at 11:00 a.m. on Saturday, July 16, 2011, at Morton Chapel. Interment will follow in the Mint Hill Shirley Cemetery.

To order memorial trees or send flowers to the family in memory of Truett Laughlin, please visit our flower store.