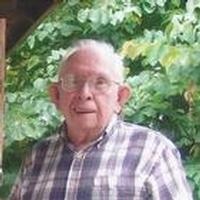 Urban was born on February 2, 1932, in Loose Creek, a son to the late Leo and Bertha (Backes) Jaegers.

He attended school in Loose Creek and was a 1950 graduate of Linn High School.

Urban was the owner/operator of the Osage County Observer and later went to work for the U.D.

In addition to his parents and wife, Urban was preceded in death by a son, Arthur Jaegers and five brothers, Henry, Elmer, Louis, Clarence, and Donnie Jaegers.

Expressions of sympathy may be made to the Alzheimer's Association or to the Missouri Veterans Home in St. James.

Arrangement are under the direction of Morton Chapel, Linn, Missouri (897-2214)
www.mortonchapel.com

To order memorial trees or send flowers to the family in memory of Urban M. Jaegers, please visit our flower store.