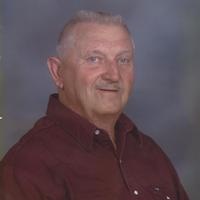 Valentine “Vally” Boehmer, age 82, of Rich Fountain, passed away on Thursday, May 25, 2017, at Westphalia Hills in Westphalia.

Vally was born on December 15, 1934, in Rich Fountain, a son to the late Louis and Catherine “Katie” (Haller) Boehmer.

Vally attended Sacred Heart Catholic School in Rich Fountain. In 1954, he enlisted into the United States Army and upon completion of basic training, served in the Korean War until he was honorably discharged in 1956.

Vally was employed in the St. Louis area for McDonald Douglas Aircraft Company from 1956 until 1960. He moved back to Rich Fountain to live and work the Boehmer family farm. He was the third generation of Boehmer’s to work the farm.

During this time, he also worked as a truck driver for Capital Supply for 28 years from 1962 until 1990. He continued driving a truck for Herman Mebruer Trucking for 5 years, retiring in 1996.

Vally was a life-long member of Sacred Heart Catholic Church in Rich Fountain, the Paul A. Hasenbeck American Legion Post #317 in Freeburg and the Argyle V.F.W. Post #8045. He was an Honorary Life member of the Rich Fountain Knights of Columbus Council #10690 and a member of the Western Catholic Union. He was a Graybeard in the Korean War Veterans Association.

Vally’s favorite pastimes included hunting the elusive “big buck” and fishing for the “big ones”. He enjoyed visiting with friends, attending family reunions and loved having a good time.

In addition to his parents and spouse of 46 years, Vally was preceded in death by: a sister, Dolores Temmen on September 6, 2006 and his brother-in-law, Martinus Temmen, on August 17, 1998.

Mass of Christian Burial will be held at 10:00 a.m. on Tuesday, May 30, 2017, at Sacred Heart Catholic Church in Rich Fountain with Fr. Augustine Okoli as the celebrant. Interment with Full Military Honors will be in Sacred Heart Parish Cemetery.

Expressions of sympathy may be made to Sacred Heart Catholic Church Endowment Fund.

To order memorial trees or send flowers to the family in memory of Valentine "Vally" Boehmer, please visit our flower store.