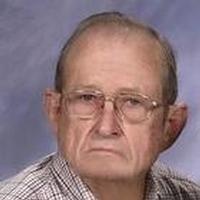 Vince was born December 25, 1928, in Bonnots Mill, a son to the late Leo and Louise (Bescheinen) Backes.

Vince attended school in Bonnots Mill. He also served in the US Army during the Korean Conflict.

On June 6, 1953, he was united in marriage to Rosanna Meamber in Bonnots Mill. She survives at the home.

Vince was employed by the Missouri Pacific Railroad for 9 A½ years than for the Missouri Department of Corrections as a cook supervisor, where he worked for 33 years, until his retirement in 1989.

Vince enjoyed gardening, woodworking, fishing, camping and traveling. He was an excellent cook and loved to have his family over to eat. Vince was known as a "jack of all trades". There wasn't anything that he couldn't fix.

In addition to his parents, he was preceded in death by an infant sister, Bernice Backes.

Mass of Christian Burial will be held at 11:00 a.m. on Monday, February 4, at St. Louis of France Catholic Church in Bonnots Mill with Fr. George Kramer as the celebrant. Interment will follow in the St. Louis of France Parish Cemetery with full military honors.

To order memorial trees or send flowers to the family in memory of Vincent Frank Backes, please visit our flower store.