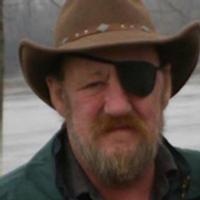 On June 5, 1982, Walter was united in marriage to Kathleen Beth (Heidemann) in New Haven. She survives of the home.

Walt worked for the Stone Hill Wine Company as a mechanic.

Walt was an avid hunter and fisherman and enjoyed spending time in the woods and built a boat to use on the river. He had a blog, greatrivertimes.blogspot.com and he was a writer. His book "Angel with an Attitude" was published this year.

He helped with the River Relief cleanup on the Missouri River and was a big supporter of the MR340 River Race, where he himself raced as well as worked on the ground crew.

He was an avid gun collector and was very proud to teach his children how to shoot and canoe. He was a practical joker, a talented artist who liked to draw and paint and was always willing to help people in need.

In addition to his wife of 34 years, Walt is survived by: three sons, William Verman and his wife Sarah of Burlington Junction, Jesse Birmingham of Kansas City and John Birmingham of Chamois; two daughters, Annette Copeland of Rolla and Sarah Eaklor and husband Jason of Berger; one brother, Jack Crecelius and his wife Debbie of Chamois; one sister, Carol Domeyer of Salem; five grandchildren, Kimberly Foster, LaDonna Wotipka and Ciera, Carl and Desiree Parrett; five great grandchildren, Raven, Zoe, Ryleigh, Josalyn and Liam as well as many nieces and nephews.

In addition to his mother, Walt was preceded in death by his step-father, Jack Crecelius.

Interment will follow in the Shirley Mint Hill Cemetery.

Expressions of sympathy may be made to the MR340 River Race, Missouri River Relief or by buying one of Walter's books available on Amazon.com.

Arrangements are under the direction of Morton Chapel, Chamois, Missouri. (763-5522) www. mortonchapel.com

To order memorial trees or send flowers to the family in memory of Walt Birmingham, please visit our flower store.
Send a Sympathy Card