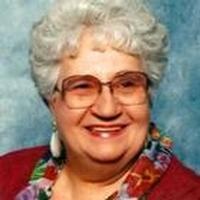 Wanda was a graduate of JF Hodge High School in St. James and later attended beautician school in St. Louis.

Wanda was very active in the Cosmetology Association when she worked in St. Louis. She also did charity work for the deaf and the children's homes in the St. Louis area. When she moved to Springfield she was active in the National Alliance for Mental Illness (NAMI).

Wanda is survived by: two sons, Joseph E. Bell of Nixa and Bryan W. Bell of St. Louis; one daughter, Denise M. Dunson of Springfield; two sisters, Verlee Robertson and her husband Curtis of Overland and Janice Leimkiller and her husband Marvin of Linn; one brother, Conrad and his wife Janet Cooper of Owensville; two grandchildren, Amanda and Michael Bell as well as several nieces, nephews and friends.

In addition to her parents and spouses, she was preceded in the death by two nephews.

Memorial Services will be held at 11:00 a.m. on Thursday, May 30, 2013, at Pilgrim Lutheran Church in Freedom, MO. with Rev. Paul Landgraf officiating.

Expression of sympathy may be made to the National Alliance for Mental Illness (NAMI) or to Community Hospice.

To order memorial trees or send flowers to the family in memory of Wanda Lee McDaniel, please visit our flower store.