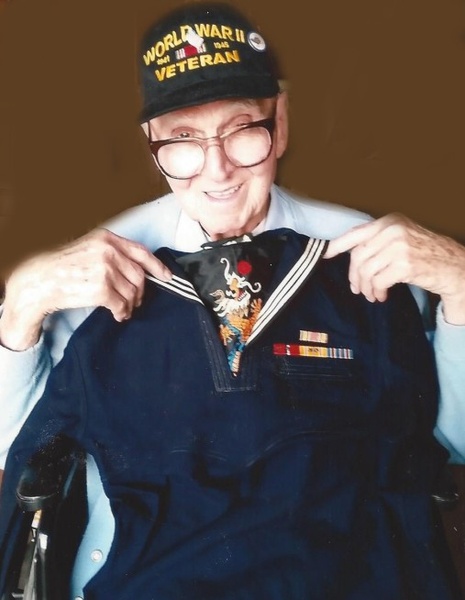 Welden Henry Thies, age 98 of Linn and formerly of Joplin, passed away Wednesday, December 5, 2018, at his granddaughter’s residence in Linn.

Welden attended school in Elgin.  He served his country in the United States Navy as a Radarman 3rd Class during World War II before being discharged in January 1946.

He then went to work for International Harvester where he worked as an Engineer before his retirement.

Welden was a life member of the VFW, American Legion and the United States LST Association. He enjoyed traveling across the country, boating and riding his motorcycle.

In addition to his parents, Welden was preceded in death by one son, Welden Darrell Thies and one brother, Paul Thies.

Visitation will be held from 9:00 a.m. to 11:00 a.m. on Tuesday, December 11, 2018, at Morton Chapel in Linn. Funeral Services will follow at 11:00 a.m. with Chaplin Bart Larson officiating. The funeral procession will then be escorted by the Patriot Guard to the Missouri Veterans Cemetery in Waynesville where Welden will be interred with Full Military Honors.

Expressions of sympathy may be made to the Disabled American Veterans Association.

To order memorial trees or send flowers to the family in memory of Welden Henry Thies, please visit our flower store.