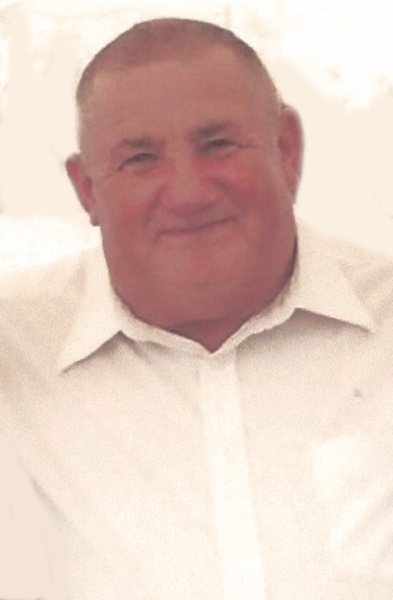 Wilfred “Willie” “Wimpy” J. Thoenen, age 84 of Linn, passed away Thursday, February 14, 2019, at Westphalia Hills with his family by his side just a few hours after being named Valentine King.

Wilfred was born July 25, 1934, in Frankenstein, a son to the late Frank and Johanna (Kremer) Thoenen.

On June 18, 1955, he was united in marriage to Mary Lou Linnenbrink at St. George Catholic Church in Linn.  She survives of the home.

Wilfred worked as a carpenter for Joe Thoenen Construction and later worked as a dozer operator for Frank Twehous Excavating for over 30 years.  After his retirement, he enjoyed cutting wood and spending time at Caspers.

Wilfred was a member of St. George Catholic Church in Linn and enjoyed coon and deer hunting, fishing, making wine, organizing the annual Labor Day Fish and Chicken Fry, card playing, dancing, and was a Los Angeles Dodger Baseball Fan.  His greatest joy came from spending time with his family and friends.

In addition to his spouse of 63 years, Wilfred is survived by:  two sons, Tim Thoenen and his wife Connie of Linn and Wayne Thoenen and his friend Sarah Strope of Taos; two daughters, Cindy Stegeman of Loose Creek and Wanda Fowler and her husband Carl of Linn; two brothers, Phillip Thoenen and his wife Betty of Loose Creek and Fred Thoenen and his wife Theresa of Frankenstein; two sisters, Mildred Ogle of Westphalia and Clare Laughlin of St. Louis; 14 grandchildren, Christy Muehlhasen, Amy Thomas, Sam Thoenen, Will Thoenen, Sheila (Doug) Kleffner, Shelly Stegeman, Cassie Stegeman, Katie (Alex) Neuner, Sarah (Trever) Cassity, Zach Fowler, Jacob, Kristal, Mary and Forrest Schaefer; 16 great grandchildren with one on the way; along with many nieces, nephews, and friends.

In addition to his parents, he was preceded in death by one son, Stanley Thoenen and one daughter, Vicky Schaefer.

Mass of Christian Burial will be held at 11:00 a.m. on Tuesday, February 19, 2019, at St. George Catholic Church with Fr. Daniel Merz as the celebrant.  Interment will follow in the St. George Parish Cemetery.

Expressions of sympathy may be made to the American Diabetes Association, St. George Catholic Church or a charity of the donor’s choice.

To order memorial trees or send flowers to the family in memory of Wilfred "Willie" "Wimpy" Joseph Thoenen, please visit our flower store.