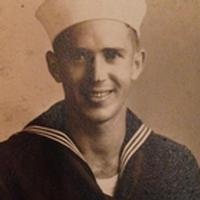 William Jennings Bryan Barker, age 89, of Linn, passed away on Thursday, May 21, 2015, at the Linn Living and Rehab Center in Linn.

William was born on November 26, 1925, in Dover, Arkansas the son of the late Louis Andrew and Nora (Cornell) Barker.

William and Margaret owned and operated the Cedar Grove CafAC. near Linn and the Commercial Hotel Restaurant during the 1970's along with Margaret's Diner in Linn for 16 years. William also worked as a Security Guard for Pinkerton at Von Hoffman Press in Jefferson City for 20 years, retiring in 1982.

William was a member of Family Worship Center in Linn. He enjoyed reading and studying about World War II. He enjoyed being outside in his yard and garden with his dogs. His greatest joy was spending time with his family and friends.

In addition to his parents and wife of fifty years, William was preceded in death by a brother, James Barker.

Funeral Service with Full Military Honors will be held on Sunday, May 24, 2015, at 2:00 p.m. at Morton Chapel with the Minister Eric Braman officiating.

Expressions of sympathy may be made to The American Cancer Society.

Arrangements are under the direction of Morton Chapel, Linn, Missouri (897-2214)www.mortonchapel.com

To order memorial trees or send flowers to the family in memory of William Bryan Barker, please visit our flower store.