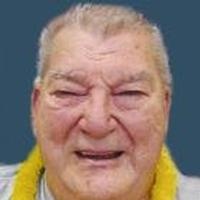 William "Bill" A. Harris, age 82 of St. James, MO and formerly of Cahokia, passed away Sunday, November 4, 2012, at the Missouri Veterans Home in St. James.

Bill was united in marriage to Mary E. Harris. She preceded him in death on April 24, 2002.

Bill was a veteran of the United States Air Force where he served as a Special Vehicle Operator during World War II.

After returning from the military, Bill worked as an over the road truck driver.

Bill was of the Baptist faith.

In addition to his wife and parents, Bill was preceded in death by: one son, William Harris, Jr. and one sister, Wanda Lee Carson.

To order memorial trees or send flowers to the family in memory of William A. Harris, please visit our flower store.