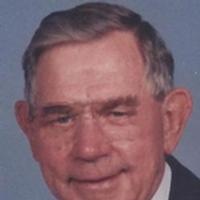 Bill was born on February 9, 1934, in Linn, a son to the late William Paul and Matilda (Moran) Kuster.

Bill graduated from Fatima High School and received his Master Degree of Education at Lincoln University.

Bill began teaching Business at Fatima High School in Westphalia and later became the Principal at Fatima. After leaving Fatima, he went to work as a Health Educator for the Missouri State Health Department before taking a job with the Department of Corrections until his retirement.

Bill was a member of Immaculate Conception Catholic Church in Loose Creek, Knights of Columbus Council #4838, and Western Catholic Union. He enjoyed managing a Little League Baseball team in Loose Creek for a number of years. He also enjoyed cutting wood and living and working on the family farm but his greatest joy was his family and his faith.

In addition to his spouse of 33 years and his parents, Bill was preceded in death by: two brothers, Cecil Kuster and an infant Lincoln Kuster; three sisters, Marie Brandt, Dolores Yates and Wilma Schnitzler; and one grandchild, Little Angel Gibson.

Mass of Christian Burial will be held at 10:00 a.m. on Wednesday, February 25, 2015, at Immaculate Conception Catholic Church in Loose Creek with Fr. Don Antweiler as the Celebrant.

Expressions of sympathy may be made to Immaculate Conception Catholic Church.

To order memorial trees or send flowers to the family in memory of William Paul Kuster, please visit our flower store.