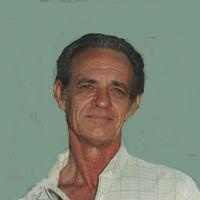 William was born December 28, 1945, in Diggins, a son to the late William and Jessie (Young) McNish.

On September 21, 1963, he was united in marriage to Sandra Hyder in Springfield. She survives of the home.

William was employed at Precision Stainless in Springfield as a Master Welder and as a truck driver for Roadway in Strafford.

William was a member of the Branch Memorial Seventh Day Adventist Church in Macks Creek. He enjoyed fishing, hunting, and watching westerns on T.V. especially those with John Wayne. However, his greatest joy come from the time spent with his family.

In addition to his parents, he was preceded in death by a brother-in-law, Warren Morton.

Visitation will be held from 11:00 a.m. until 12:00 p.m. on Saturday, March 25, 2017, at Springhill Baptist Church, 5409 State Highway U in Rogersville. A Memorial Service will follow at 12:00 p.m. with Rev. Eric Gann officiating. Inurnment will be at the Gentry Cemetery near Diggins.

Expressions of sympathy may be made to the Gentry Cemetery Fund.

To order memorial trees or send flowers to the family in memory of William "Bill" Henry McNish, Jr, please visit our flower store.